A vegan calls me a murderer?


"You talk about meat like a thing but it is a living soul - innocent helpless being that was abused, tortured & murdered for you against its will. Death brings death - basic law of the universe. Also - you are not a LION but ape kind of animals & our original true foods are primarily fruits.
Animal corpses are filled with drugs, antibiotics, suffering, fear adrenaline, cows are raped & abused & their babies stolen & killed so dairy is super mucus forming & deadly. Long term you are destroying your kidneys & liver & heart. WATCH THE GAME CHANGERS MOVIE & please stop thinking that by killing somebody else & swallowing their rotting body you can thrive... also natural pure sugars are great for BRAIN activity... of course you have to drink a lot of coffee because you are killing your adrenals. Try compassion & ethical lifestyle that is not killing planet & the future of humanity. Thanks."

My reply (including references):

You have a different opinion, that's OK. You live a different lifestyle, that's OK. But please accept other people's differences, and don't attack anyone for not being exactly like you.
I've been on both vegan and vegetarian diets, none of which worked for me. It works for you? then that's good for you.

Chimpanzees, which are the closest relatives to humans, are omnivores, meaning they eat both plants and animals. They eat whatever they can get - smaller animals, insects and fruit/veggies.

Humans needs nutrition that can only be found in animals - B12 for instance. B12 promotes production of red blood cells and proper function of your nerves and much more.
Vitamin D is very hard to find in plants as well. Some mushrooms contain small amounts D2, which is harder for the body to absorb than animal based D3.
You can get vegan products that are fortified with some of the lacking nutrients, but then your vegan diet isn't complete, right?

A meat-only diet will lack nutrients as well, but adding dairy, fish and organ meats will greatly reduce the risk of nutrient deficiency.

"Animal corpses are filled with drugs, antibiotics"
Sure some farmed animals will contain that, that's a problem with large scale farming. It's easier to give all animals preventive medication, than risking a big outbreak.
Conventionally grown fruit and vegetables contains pesticides - a recent study showed 70% had up to 230 different pesticides.
For both meat and vegetables it's possible to buy high quality that does not contain any (or little) of that.
Most of the meat I eat is from animals that I breed my self (without any medication), wild caught fish, or game meat that have not been raised on a farm.

"Long term you are destroying your kidneys & liver & heart"
That seems to be mostly red meat - I do eat a lot more than just beef.
But so does too much salt, processed foods, dehydration, high sugar intake, smoking, drinking, soft drinks, bread, rice and being lazy/inactive.

If one has kidney disease, they should avoid a whole lot of vegetables - avocados, bananas, oranges, apricots, potatoes, tomatoes, spinach, beets, pickled/fermented vegetables - but I thought vegetables were healing...?

"also natural pure sugars are great for BRAIN activity"
Great, but so is fat and protein.
But the lack of vitamin D in plant based diets might have a bad affect on the  brain development.
Lack of vitamin D might also have a bad affect on the heart and can result in muscle pain, fatigue, bad bones and joints and depression. Low levels of D seems to have relation to high mortality in cancer patients.

A plant-free diet can help correct chemical imbalances in the brain.
My mind and concentration has gotten much better when I switched to the carnivore diet.

The brain needs DHA which is impossible to get from a vegan diet. Not even those plants containing omega-3 will have any DHA.
A high intake of plant-based oils will reduce the ability for your body to effectively use the DHA.

"of course you have to drink a lot of coffee because you are killing your adrenals."
In my video I actually say that I've reduced my coffee intake, since then I've reduced it even further.
I'm eating organ meats and fish that both improve adrenal health.

"Try compassion & ethical lifestyle that is not killing planet & the future of humanity."
Animals are being killed by vegetable-farmers to protect their crops from being eaten.
Deforestation happens to make more space to grow food on - forcing animals to find other places to live, decreasing wild animal populations and eventually leading to extinction.

Speaking of killing the planet - is all the food you eat, locally grown (awesome if it is)? You don't think that transporting fruit and vegetables from the other side of the world leaves a big co2 foot print?
I'm not saying animals don't produce co2, they do. But I recently heard that less cows are being raised but co2 levels are still increasing - interesting...

The trees that are now gone due to deforestation can no longer help reducing the co2.

Remains from fertilizers, pesticides and other "agrochemicals" that are being used in conventional farming, affects the water badly - killing fish and other water animals.
I work with water treatment, and I see an increasing demand of products that can filter away all those bad components from water to make it drinkable.

Our modern lifestyles - no matter if it's carnivore, omnivorous or vegan - kills animals and the planet.

I haven't seen the game changers, only heard it's "good vegan-propaganda" that doesn't have all their facts correct, but some are.
Just because there are a few top-athletes, doesn't make it the best fitness diet/lifestyle for everyone. I only know about Patrick - the strongman - he's impressive but far from the best - even if he was I would not change my mind because of that. 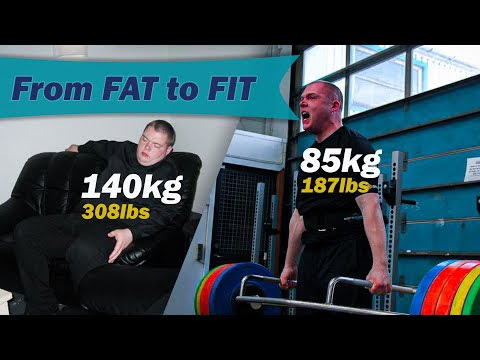 This is my fat to fit weight loss story. I was very obese throughout my entire childhood. I was forced through endless of various diets - but the result was always the same, whatever I lost, I gained again - I continued being fat. In my early twenties, I did as many other young people - Eating fast food most days, and partying in the weekends. As a twenty-three year old, I was weighing almost 140 kilos and had more than 30% body fat. In 2009 I decided to do something about it - I started crossfitting and eating healthy. I chose the paleo way of eating (low carb high fat, clean foods - no processed foods, lots of meat and vegetables). I was training hard and eating good quality food and probably had no alcohol at all for a year - the results was amazing. I was down to 85 kilos and my body fat around 12% - I had lost more than 50 kilos in one year. It was an amazing feeling, and I was inspiring many other people in the gym to keep on going. Honestly, I don't think I could hav… 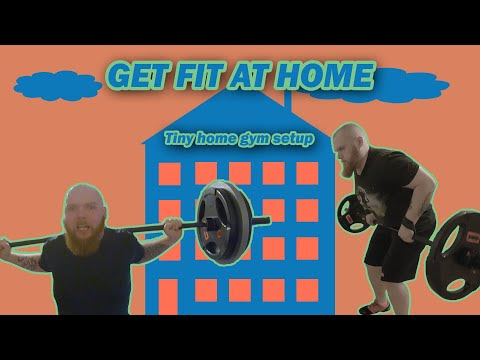 In this video I'll show you my home gym and tell you why I train at home and how you can get started as well.

What's up youtube -  Here's a quick tour of my tiny home gym. This is where I do my daily training, mostly strongman and powerlifting workouts.

There are many good reasons to train at home - it doesn't have to take up a lot of space, and most people can start with little to no equipment at all. I've spend a few years gathering the equipment I have, and I usually buy either second hand equipment or some of the cheaper equipment available.

I save a lot of time by training at home, I can train whenever I want, and I don't  spend any time commuting to a gym.
I know what equipment I have, and that it's always available. And since I'm the only one using it, I know how clean it is.
I enjoy training alone - sure once in while I would like a spotter for squatting. But usually when I do max effort lifts, I do it as boxed squats.
If you need a spotter or … 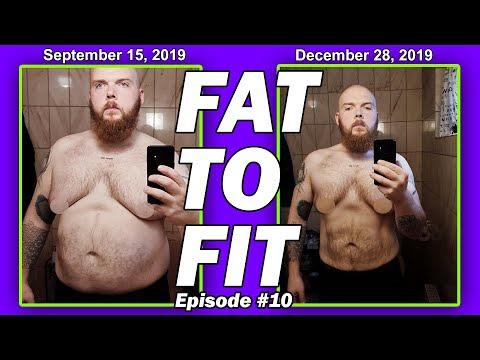 My 3 month weight loss journey - Fat to fit at home

I've lost weight and gotten stronger by training at home. It's possible to get fit at home - in this video I'll share my most recent experience.
Since mid-september I've been focusing on loosing weight. These are the results of my 3 month weight loss journey.
In just a little more than 3 months I've lost 16 kilos / 35,3 pounds I've also gotten stronger and more visibly muscular I've burned fat and gained muscles!
I haven't taken any supplements, not even protein powder - just a lot of good healthy food, lean meat, eggs and vegetables
I've trained hard and often.  I've been training 3-5 times every week, my training is mostly based around powerlifting, strongman and bodyweight exercises.